Results from KOK’94 in Tallinn 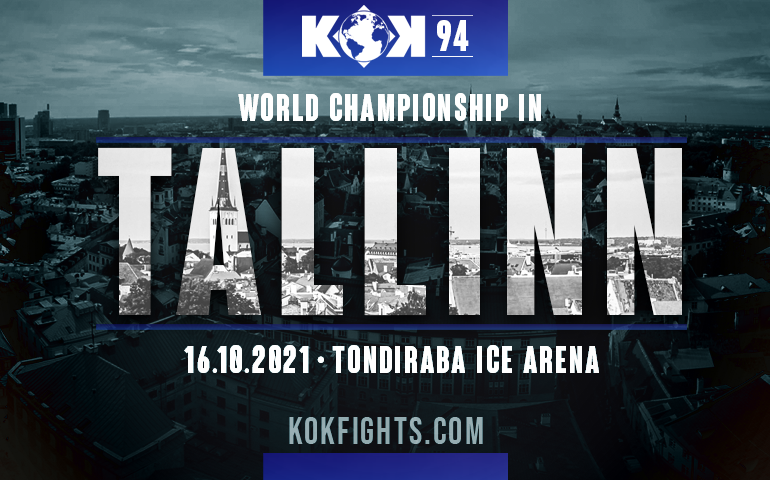 But it wasn’t easy.

In the semifinals, Grents won a close but unanimous decision over fellow Estonian Sigrid Kapanen. It was a hard-fought, technical battle. Grents outpointed Kapanen, landing cleaner and more often to get the win. Kapanen’s left leg felt the effects of Grent’s low kicks.

Grent and Ciarpaglini put on an entertaining and hard-fought match. The judges couldn’t decide a winner after three rounds, forcing an extra round.

The hometown crowd cheered on Grents in the extra round. She outscored the Italian southpaw, winning the decision.

After seven years of training and fighting, the Estonian has a world title belt to show for her efforts. The new champion, a student of world champion Kevin Renno, cherished the victory.

“I’ve worked so hard for this,” she said.

Ciarpaglini was gracious in defeat, complimenting the new champion.

“I had so much fun. I’m so happy to share the ring with you,” she said.

The KOK 94 main event was between Dutchman Chico Kwasi and Hendrik Themas of Estonia. The fight was for the KOK Interim World Title.

It was an impressive performance by Kwasi, who dominated the contest.

“It feels nice to have the belt right now,” Kwasi said.

“I’ve been fighting here since I was was 16 years old.”

“I don’t know who’s next. But I heard something about the Lithuanian guy (former KOK Lightweight Champion Henrikas Viksraitis).”

A fight between Kwasi and Viksraitis promises to be a quality battle. Let’s hope KOK fans see this match soon.

MMA standout Sergei Strinza was too strong for Edvin Bubelis. He knocked the Lithuanian down twice, ending the fight with strikes on the ground.

In a boxing match, Jevgeni Ravlussevits got off the deck to defeat Mohammed Shushan. Shushan knocked Ravlussevits down with a right hook over the top in round two.

Ravlussevits battled back, stunning and knocking down Shushan in the third to earn the decision.

Results from KOK’94 in Tallinn