NEWS
King of King announces Mega event for this November !
It’s On! Viksraitis Defends Against Pelcis at KOK 84
Contender Aukstikalnis Returns at KOK 92 in Riga
KOK 84: Karosas Steps Up Against Pultarazinskas 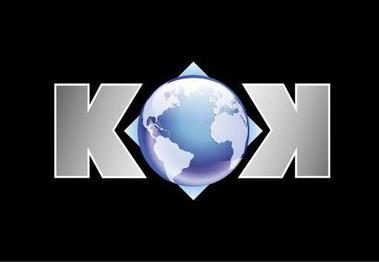 KOK is planning 6 more events for 2021, including two fight cards in its home country of Lithuania. The announcement was made during Tuesday’s KOK 90 broadcast.

In two weeks, KOK returns to Turkey for an event in Istanbul on 17 July. On 28 August, KOK is holding its third event in Sarajevo, Bosnia and Herzegovina. KOK events in Turkey are promoted in association with Erkan Varol, and the organisation’s Bosnia events are a collaboration with Dzevad “BH Machine” Poturak.

KOK 84 takes place on 2 October in the Lithuanian capital of Vilnius. The promotion is keeping the event as KOK 84 even though it held its 90th event earlier this week. KOK 84 was originally scheduled to happen in March 2020 but the coronavirus pandemic caused its postponement.

After KOK 84, the promotion visits the Estonian capital of Tallinn for the second time this year on 16 October. Last month, Maxim Vorovski defeated Andreas Iversen for the KOK Interim Middleweight Title at KOK 89 in Tallinn.

Slovakia plays host to KOK 94 on 13 November. The northern city of Liptovský Mikuláš is the event’s location. KOK events in Slovakia have featured some of the nation’s top talents, including former interim champion Martin “Paco” Pacas and Vladimir Konsky.

The 2021 season concludes with another big event in Vilnius a week later. KOK 95 takes place on 20 November.

All dates are subject to change due to pandemic related restrictions.

Bellator and M-1 veteran Karl Amoussou of France faces Vitoldas Jagelo, a MMA Bushido standout from Lithuania, in the main event. The event may be geo blocked in some regions.